Two Lumps on the Road – the Testing the Apple Watch

Recently I was handed an Apple Watch to test out. Coincidentally I was heading out of town for a family gathering near Fargo, North Dakota. So I strapped on the watch, synced my iPhone 6, added a bunch of apps, and hit the road.  I am currently camped out at one of the rare Dunn Brothers Coffeeshops in Fargo, running through everything the watch can do (or claims that it can at least).

I love wrist tech (my Pebble Time is coming soon!!) but I am skeptical about the Apple Watch. I think it wants to do more than it should. But now my skepticism will be put to the test. Look for a more detailed CONSUMER FOCUSED review later in the week, once I’ve used the watch for a few more days. So far I like it. Not enough to buy one for myself, but enough to be optimistic. Still, I like to be right about my thoughts on tech ; ).  So the gloves are coming off!

Now we’re staring at our wrists!! – The Apple Watch is Coming – PART 1 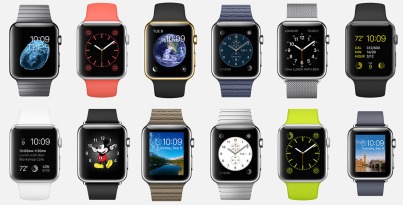 This was originally posted on Sept 10, 2014, just after the Apple Watch was first announced.  Now that we have a release date (April 24th), I plan to write a follow up in the coming week, discussing the pros and cons of Apple’s entrance into wrist-tech, including highlighting its features.  But for now, check out my original first impressions of what a “computer on your wrist” could mean.  And stay tuned for “part 2” in the coming days.

We have a rule in our house, “no tech at the table”.  It’s a rule we follow most of the time, and it’s there for a very specific reason.  Over the years that we’ve had smartphones and tablets in our house, we’ve noticed a distinct drop in how much we interact with each other.  Instead of conversations about our days, we end up staring at our smartphone screens all evening long.  So at least for a brief moment, there is “no tech at the table”.  But what about when the “tech” is strapped on to your wrist?

Like all tech geeks, I spent two hours yesterday (Sept 9th) listening to the keynote

address from Apple, where they unveiled new iPhones and the Apple Watch.   And while the iPhone 6 and iPhone 6 Plus are decent evolutions of the smartphone model for iPhone (bigger, brighter, faster), the Apple Watch is trying to be the definition of the newest category in tech: smartwatches.  And based on my experiences with technology in my own house, I have to wonder what the impact of this new category will be.

Technology is saturating our society.  From smart appliances, smart door locks, smart light bulbs, and smart thermostats and smoke detectors; technology is increasingly something you cannot get away from.  The older generations that resisted the personal computer could do so because there were alternatives.  In the coming years, you probably won’t be able to buy a microwave oven without a smartphone app to run it, and so sitting out on the next wave of tech advancements won’t be an option for anyone.  But as our lives are infiltrated by technological advancements, the balance must not be lost with how we interact on a personal level. 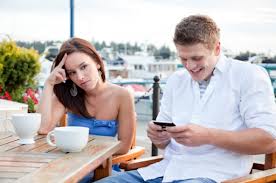 I believe that the best technology is the kind that doesn’t take your attention away from what you are doing.  That could be as simple as a media streamer that you are fighting with to watch a new episode on Hulu.  Suddenly the joy of streaming internet television is lost, to a battle with failed technology.  Smartphones have been the culprit of many failed personal connections ever since they came to dominate our society.  I know many people who have “no tech” days during the week, and that’s a great idea.  I’m far from alone in the realization that our personal technology is causing us to become impersonal, causing us to lose our connections to friends and family.  And I worry that the amazing features of the new Apple Watch will not help in the struggle to keep those connections.

I thought a bit about how in films the future is full of technology that permeates all aspects of society.  And then I thought about how in many visions of the future everyone is dressed the same way, usually in jumpsuits.  And it dawned on me, the clothes they wear don’t matter any more.  Because they no longer actually see each other.  I see a future where we are all walking around staring at our phones, or now staring at our wrists.  A world where we forget the voices of our friends, and only know them by emoticon and instant message.  We can call that a more modern way to be connected, but is it better? 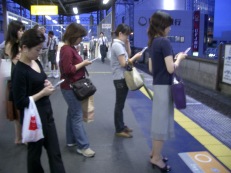 So when Apple releases their new Watch April 24, 2015, consider how much of your life that device might consume.  Is the technology enhancing your life?  Are your personal connections to friends and family made better because of this device?  I would argue devices can do such things (the Pebble Time is a good example of a minimalist wristband, at a fraction of the cost of the Apple Watch), but we must be wary.  And if you do buy the Apple Watch, make sure you don’t spend too much money on the most expensive model and band itself.  Because if you’re looking for your new smartwatch to be a status symbol you might be disappointed, since chances are no one will be looking at you anyway.