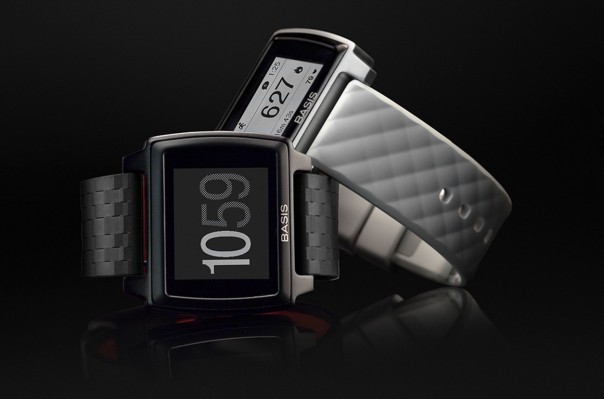 Just when it seemed that the smartphone had eliminated the need for the old wristwatch, along comes the tech industry to reinvent an age old tool.  Smartwatches once again dominated the Consumer Electronics Show (CES) in 2015, showing that wrist-based tech is certainly on the rise!  From the simple fitness bands like the Fitbit Flex and Misfit Flash, to the souped-up smartwatches like Moto 360, Samsung Gear S, and the forthcoming Apple Watch, the tech industry is very interested in slapping something on your wrist.

But how do you know what is best for you?

Do you even need one?  Well, all of that depends on what you value.  Do you want fitness metrics like steps, miles, elevation, heart-rate, and calories burned?  Do you want a wristband that interacts with your phone to show calls, texts, emails, and calendar notices?  The Wrist Tech industry is very diverse, and actually pretty overwhelming when you really start to see how many options are out there.  I recently got my hands on one of the lesser known devices.  Based on my initial experience, I’d categorize it as a “fitness watch”.  It’s called the Basis Peak, and these are my first impressions.

First off, the form factor.  The Peak is not too big, and not too small.  Weight is also minimal. It has a two tone LCD touchscreen which works very well.  It comes with a rubber wristband that I find comfortable.  This is important because to get accuracy from the heart-rate monitor it’s essential that the watch be strapped tightly to your wrist.

Battery life has been very good.  I’m getting about 3 days of life (from the promised 5 days), but I have been using it a lot.  Remember that the high end of battery life is usually found through minimal use.  But 3 days isn’t bad, especially for a device that does 24/7 tracking.

The Peak is waterproof.  So you can shower and swim with it on and there are no worries.  Finally, the device will work with both Android and Apple phones, which makes it a rare breed indeed.

Overall I like the look and feel of the Basis Peak.  So let’s talk about what this Fitness Watch does.

First and foremost, this device is for fitness.  It is not trying to compete with the Smartwatch category, at least not directly.  The Basis Peak offers a few fitness metrics: steps, calories burned, and heart-rate (we’ll get to that last one in a minute).  Noticeably missing from the device are the ability to track mileage (a significant omission), and elevation (which would require an altimeter to work).  Many other fitness trackers offer both of those features, and for a premium cost device (the Peak will set you back $200) they really should be included.

Though the metrics are limited, it’s what the Peak does with the data that is pretty cool.  The device sells itself as fully automated.  You don’t have to tell the device when you go for a walk, take a run, or head off on a bike ride.  The device can tell what you are doing, and the device responds with an icon for the activity, and begins tracking the activity as a “work out ” session of sorts.  This is a great feature for people who like to track their metrics during exercise, especially those serious runners and bikers.  And the key to solid metrics is the heart-rate monitor.

his is my first experience with a fitness band offering constant tracking of an actual health element.  It’s one thing to see if you can get those 10,000 steps in every day and the resulting feeling of accomplishment.  It’s quite another when your fitness watch can give you insight into your actual health in real time.  I’m quickly discovering that I am pretty out of shape.  I know that by watching my heart rate skyrocket, even during a long, slow walk.  I am excited by the idea of mobile technology like a fitness watch helping people make better health choices in the moment.  The Peak is already doing that for me, after just a few days.

You didn’t know how important it was to track your sleep patterns, did you!?  According to the fitness band/watch industry it’s very important because the feature is pretty much standard on anything strapped to your wrist.  I’ve used the FitBit Flex sleep tracker for a while and I didn’t find it terribly useful.  That particular tracker only tracked sleep and awake, using “micro-movements”.  So it showed me when I moved around in my sleep, but the data didn’t get any more specific.

The Basis Peak is different, and it’s all because of the heart rate monitor, and something the company calls Body IQ.  The device offers several metrics for sleep tracking including: Light Sleep, Deep Sleep, REM Sleep, Toss/Turn, and Interruptions.  The phone based app also gives information to help you understand how much of each type of sleep is typical, so you have an idea if you are getting enough of what you need.  This is the first fitness watch that I’ve used where the sleep monitor actually tells me something useful and something I can take action on.

When the Basis Peak first shipped it was strictly a Fitness Watch.  It could do everything I’ve already described and nothing else.  Then came the “smartwatch update“.  This update was promised to early adopters and the company delivered recently with an update that allows Smartphones to communicate with the Peak, showing incoming calls, emails, texts, and calendar appointments on your wrist.  The features are still pretty glitchy, which isn’t surprising because it’s so new.  I tested both an Android phone and an iPhone and both were inconsistent with delivery of calls, texts, emails, and calendar appointments.  Also the “manual sync” button in the phone app of both devices often resulted in an error saying “sync failed”.  These issues definitely make the “smartwatch” element of the Peak less reliable.

Bottom line, if you want a full smartwatch experience, the Peak is not the device for you.  At least not until they’ve worked through many of the bugs that are currently plaguing it. 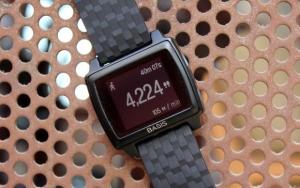 The Basis Peak is a Fitness Watch.  That’s the most important thing to remember.  It’s trying to take on some of the other Smartwatches out there, but it’s just not there yet.  The fitness metrics offered by the Peak are pretty standard, and nothing to get too excited about.  What I am finding most useful is the Heart Rate Monitor and enhanced Sleep Tracking.  In the end, the purpose for wearing a fitness watch or fitness band is to help you make better choices about your health, and the heart rate monitor is proving an excellent tool for me in that regard.

The Basis Peak will certainly get better in time.  The company promised a software update and they delivered.  This is no small feat, especially for a smaller company.  This builds customer trust and that is essential for the fledgling industry of Wrist Tech.
The device currently cost $199 and comes in a couple colors.

You can swap out your wristband to jazz it up too.  My opinion, based my first impressions of the Peak, is that it is overpriced for the features it offers.  A $200 fitness watch should at least offer mileage tracking.  It also wouldn’t hurt to put in that altimeter so users could track elevation (I used to challenge myself to take the stairs!).  At a premium price, it should offer every feature possible.  The only justification for the high cost would be the inclusion of “smartwatch” features, which the company is starting to offer.  But the phone connectivity is still unreliable, and so be prepared for some frustration if you plan to use those features.

Mobile Health is taking off, and fitness bands and watches are leading the charge, providing valuable health data on your wrist (and your phone).  This is technology that truly has the potential to change lives.  Unlike the majority of tech updates (tablets, phones, and gaming consoles), wrist tech is often focused on health.  At the same time these devices can keep you connected to the things that you value, in a way that involves minimal interruptions from technology.

These two elements in partnership on a small device like a wristband will revolutionize how we communicate with our friends and family, and with our doctors too!  Great tech should be easy and life enhancing, and that’s the direction we are heading!