The Tech of NYC

Two Lumps of Tech is once again on the road (or in the air rather). Since I’m being sent to New York City to work at a conference, I figure it’s another great chance to see how tech tools can enhance travel. Hopefully enhancement is what I experience!

I have three days in NYC. Much of the time I will be providing app support for my company, but I plan to get out a bit. As my hotel is located just a block off of Times Square, and I don’t have much interest in dealing with cabs or the subway on this trip, I’ll be sticking to the “theater district” with a possible trip up 7th Avenue to see Carnegie Hall and Central Park. As this is my first trip to the Big Apple, I have absolutely no idea where anything is located, and so we have APPS!!!

For this first post, I’ll just quickly highlight a few apps I have downloaded and ready to go for the trip. Future “Tech of NYC” posts will focus on these apps more, and determine which ones might be helpful to others should they happen to find themselves in New York City.

I always have one “must do” on my list when I travel for work. This time it’s visit the “Top of the Rock” which is the name for the observation deck of Rockefeller Center. With it only being two weeks till Christmas, as trip to NYC has to include a visit to the massive Christmas tree at the Rock. Luckily “there’s an app for that”. I quickly found an app called “Top of the Rock” which covers everything you need to know before hitting the elevators (including the hours those elevators run). There is a feature I’m excited to try that turns your phone into a viewfinder. Theoretically you point your camera at a building and the screen gives information about it. We’ll see how well that works Saturday!

I have two other apps loaded to help navigate the city. “NYC Tourist” is a pretty generic map app, highlighting points of interest. Of course how long those city blocks will end up feeling like is still to be determined. The other app is called “NYC Essential Guide”. I’m pretty impressed with this app so far. Simple navigation shows things like attractions, transportation, restaurants, and entertainment (and sports for those who like that sort of thing). I quickly discovered the exact location of the Carnegie Deli, and discovered it is on my way to Carnegie Hall (not a surprise of course). I think this will be my go to app when I’m hoofing it around town.

I have lots of places I hope to visit during my off hours this weekend, and hopefully these apps will make things easier. Only time will tell. I hear there’s nothing like New York City during the Holidays.  Stay tuned for more! 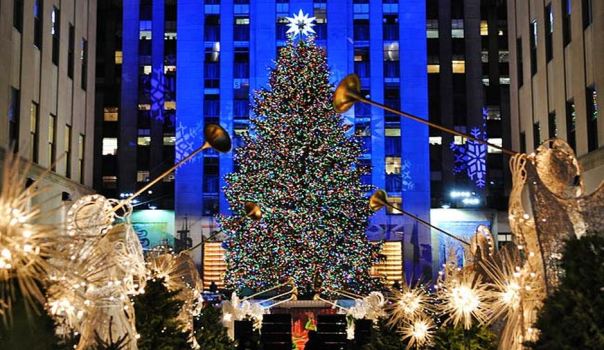